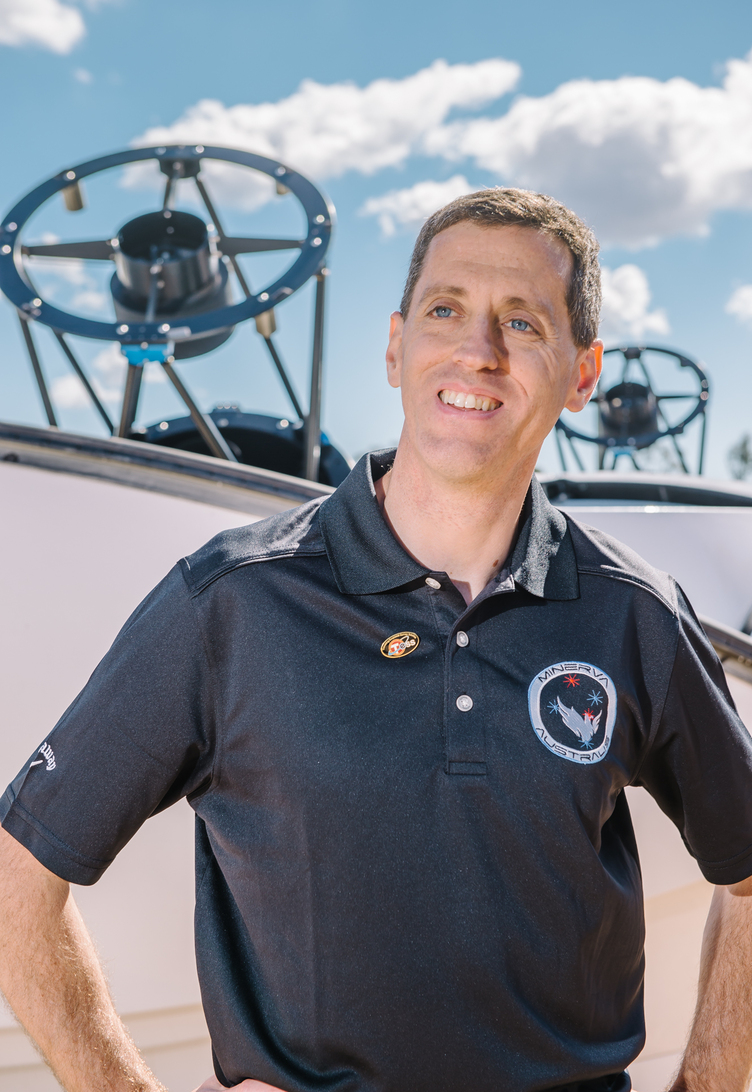 An American by birth and Australian by choice, Rob did his undergrad at Williams College in Massachusetts with an Honours degree in Astronomy, Biology, and Environmental Studies. He then taught at the SCICON Outdoor School in California while earning a teaching certification. Rob then completed Masters degrees in Marine Biology in Woods Hole and Astronomy at San Diego State University before a PhD in Astronomy at the University of Texas Austin in 2008.

Rob then worked as a postdoctoral research fellow and Vice-Chancellor’s Fellow at UNSW Sydney (2008-2012) before joining the academic staff as a Lecturer (2012-2014) and Senior Lecturer (2014-2016). He moved to USQ in 2017 to take a position as Associate Professor, and since then has built the MINERVA-Australis and SONG teams, with over $4M in funding from the Australian Research Council and other university partners.

Rob’s research interests focus on extrasolar “Jupiter analogs”: Jupiter-size planets in Jupiter-like orbits. He has led long-term radial-velocity surveys to search for such planets, and is an expert on the demographics and occurrence rates of long-period giant planets. He has expanded the search to include evolved stars (so-called “retired” stars) to understand how the properties of planets depend on the mass of their host star.

He is also closely associated with the NASA Transiting Exoplanet Survey Satellite mission (TESS), and he has spent the last five years building the MINERVA-Australis team and Observatory, with the goal of measuring the masses of planet candidates found by TESS. This observatory is the only one completely dedicated to TESS  follow-up, and is a key support for the mission.

Rob has also led the establishment of a third node in the Stellar Observations Network Group (SONG) consortium. The Australian SONG node joins others in Europe and China to create a world-wide network capable of near-continuous monitoring of stars for their subtle oscillations, which gives unprecedented new insight into their interior physics. Understanding stars leads directly to understanding the planets orbiting them, which forms the basis of Rob’s “K2-HERMES” work that seeks to derive accurate and precise masses and radii for planet-hosting stars.