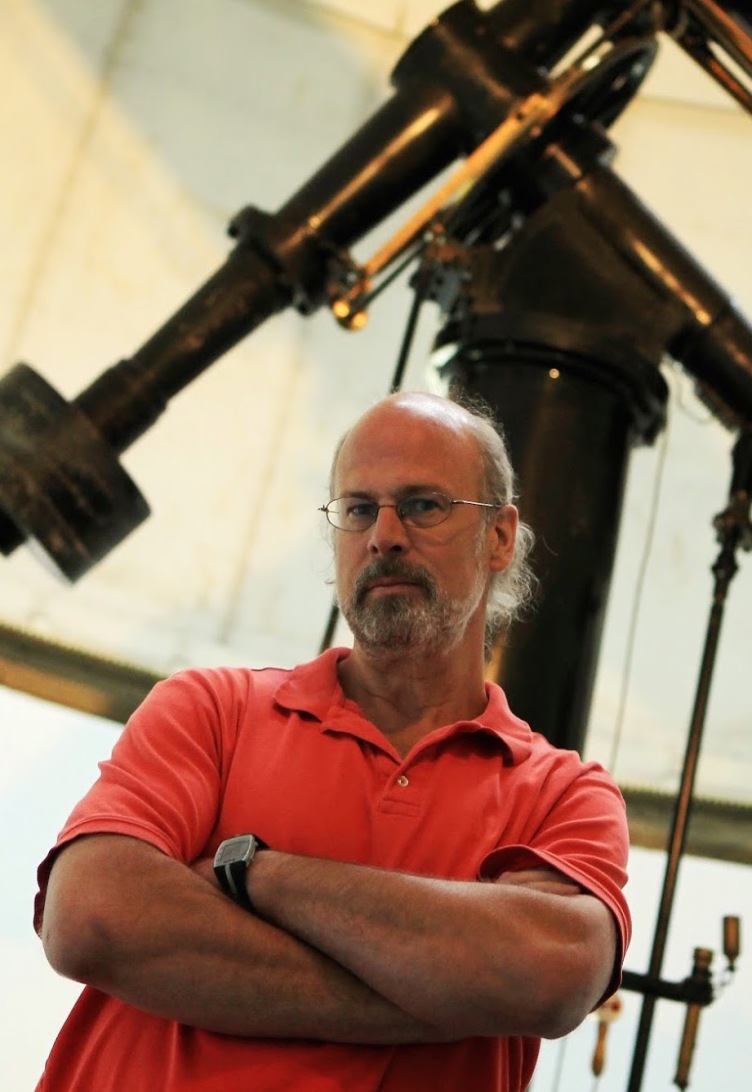 Since 1995, Paul Butler and his team have discovered over half of the planets found orbiting nearby stars. Unlike the situation in our own solar system, most of these extrasolar planets have elongated, eccentric orbits. However, some are very close to their parent stars in circular orbits with periods of as little as three days. Because the detection technique is limited to large planets, most of these newly found objects have masses on a par with those of Jupiter or Saturn.

Butler and colleagues have developed the most precise method to date for finding these remote bodies: the precision Doppler velocity technique. After further refinements to their method, in 2002 Butler and team announced the smallest planetary at that time, with a mass just 40 times that of Earth. They also announced the discovery of the first true analogue to our own Solar System, three planets in mostly circular orbits around the star 55 Cancri. The outermost planet in the system, at between 3.5 and 5 times Jupiter’s mass and at a distance of 5.9 AU from its star, is analogous to Jupiter, which is 5.2 AU from our Sun (1 AU is the distance from the Earth to the Sun).