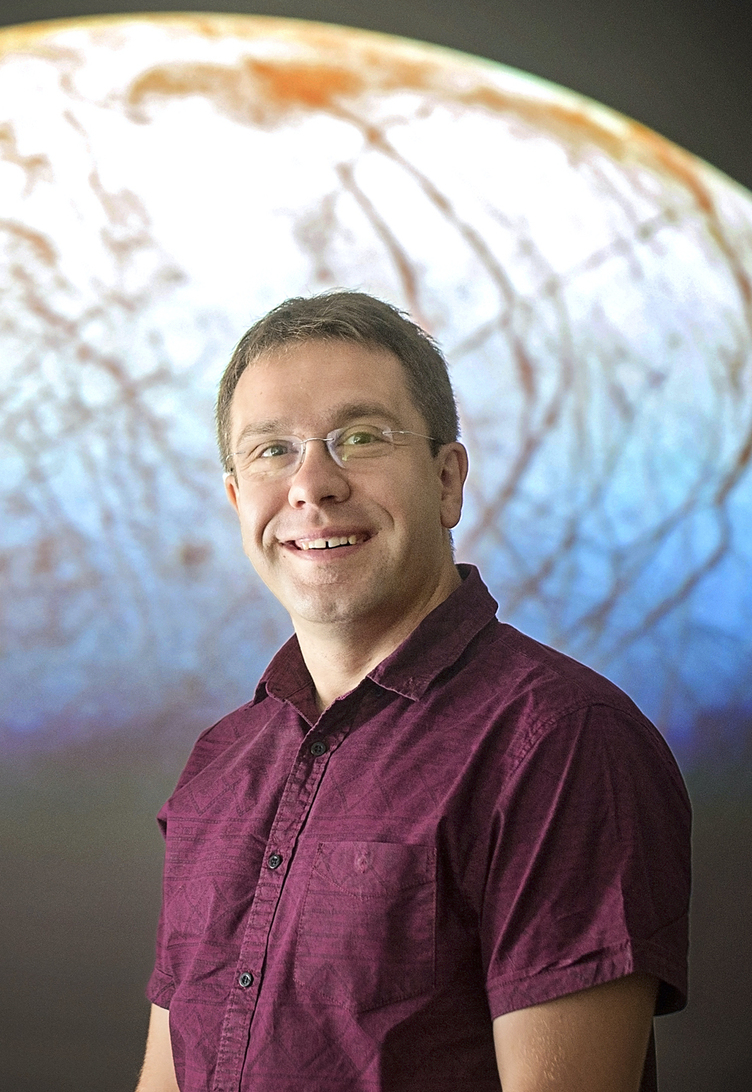 Jonti first became interested in astronomy at the age of five, after accidentally watching a recording of The Sky At Night. He joined his local astronomical society (WYAS) at the age of eight, and is now priviledged to serve as the society’s honourary president. Following a four year Masters’ degree in Physics and Astronomy, at the University of Durham, Jonti moved to the University of Oxford to work towards his DPhil, which was conferred in 2004 for a thesis entitled ‘The Behaviour of Small Bodies in the Outer Solar System’.

Solar system: Jonti studies the Solar system’s formation and evolution, focussing on the populations of small bodies that hold the clues that allow astronomers to disentangle the system’s ancient history. These include the Jovian and Neptunian Trojans and the Hilda asteroids, dynamically stable reservoirs of small body trapped in mean-motion resonance with one or other of the Solar system’s giant planets. Understanding the structure, stability, and evolution of those populations is vital to piecing together the story of our planet’s systems formation, 4.5 billion years ago.

Exoplanets: Jonti is a key member of UniSQ’s Exoplanetary Science group, searching for alien worlds using UniSQ’s dedicated MINERVA-Australis facility. He uses simulations to investigate the stability of the planetary systems the team discovers, providing a sanity check on new discoveries, and informing the search for additional planets around them.

Astrobiology: Jonti’s is interested in the different factors that could make one planet more, or less, suitable as a target in the search for life elsewhere. His research investigates the way that the potential habitability of ‘Earth-like’ planets could be affected by the influence of the other planets in the same system, and on the impact regimes that planets around other stars might experience.