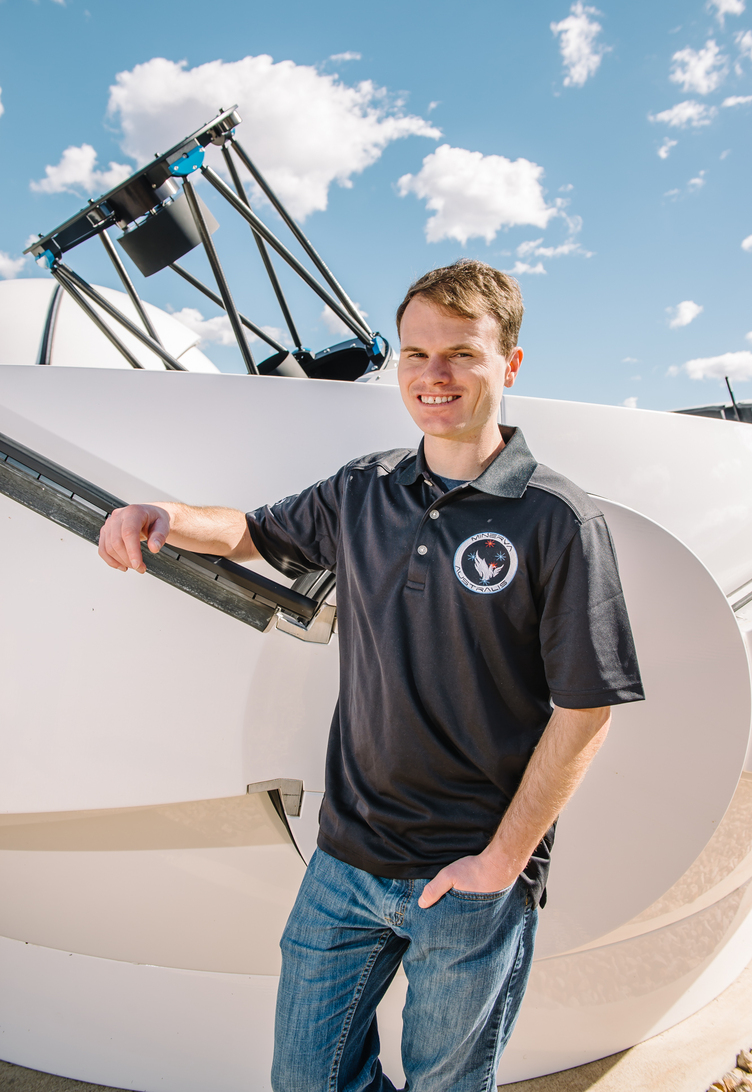 Brett is a Research Fellow at the University of Southern Queensland (UniSQ) in the Centre for Astrophysics. He is working with Prof. Rob Wittenmyer and his international team of collaborators on discovering and characterising new exoplanets using the MINERVA-Australis telescope array facility at the Mt. Kent Observatory in Queensland, Australia. He worked on his PhD at the University of New South Wales, titled “Measuring the Spin-Orbit Alignments of Extrasolar Planets”, which was conferred in April 2015. After completing his PhD, he moved to Mississippi State University in December 2015 for his first postdoctoral research position, before moving to UniSQ and joining the MINERVA-Australis team in August 2018.

Brett’s research work involves the detection and characterisation of exoplanets. He is using MINERVA-Australis to carry out radial velocity follow-up observations of transiting planet candidates orbiting bright nearby stars found by the Transiting Exoplanet Survey Satellite (TESS) that are observable from Mt. Kent. These observations are confirming new TESS planets as well as measuring their bulk properties such as mass, density, and orbital eccentricity. The aim of his research is to understand the diversity of exoplanets in our galaxy, their formation and migration processes, and the search for life on other planets.

Planet formation and migration: Brett is measuring the Rossiter-McLaughin (R-M) effect and Doppler tomography (DT) of transiting exoplanets to determine their projected spin-orbit alignments, that is the angle between a planet’s orbital plane and its host star’s equator. Measuring the spin-orbit alignments for exoplanets provides valuable clues regarding planet formation and subsequent migration to their current orbital locations. R-M and DT observations have revealed a significant fraction of exoplanets are on highly misaligned orbits. This seems to suggest that at least some exoplanets experience a dynamic and violent migration history to arrive at their current observed orbits.